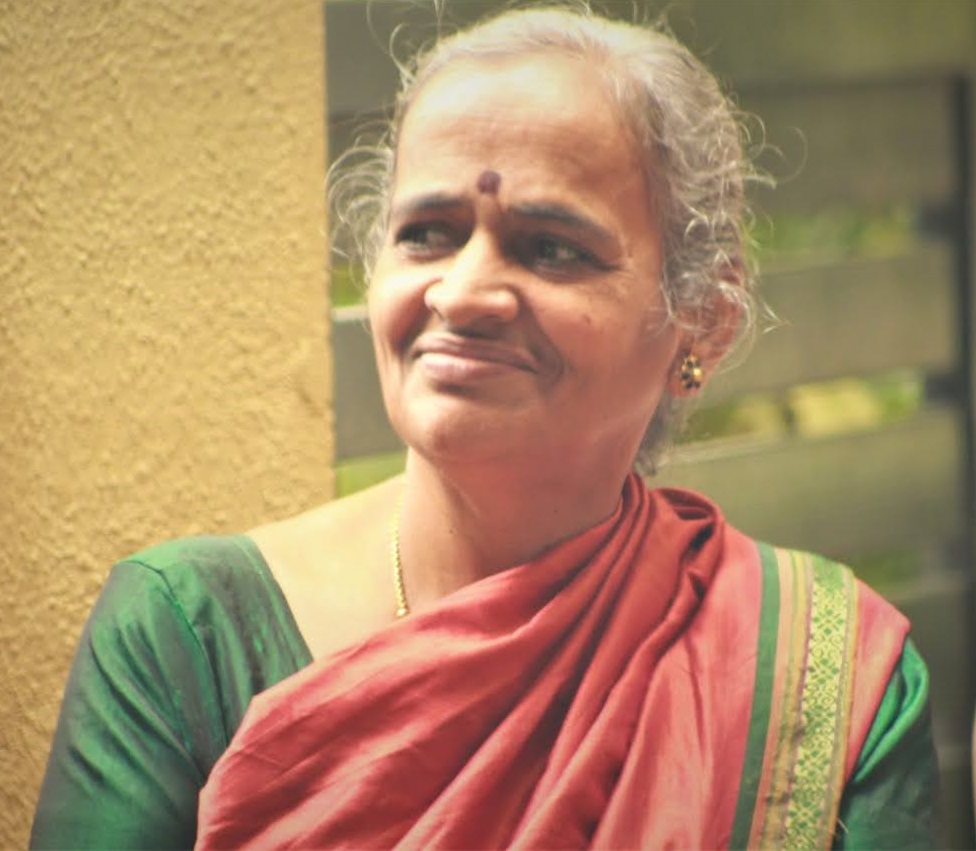 Vid. M Vijayalakshmi is a veteran scholar of Vyakarana and Alankara Shaastra, who has dedicated her life to teaching Samskrita and Shaastras. She headed the Samskrita pathashala at Bharatiya Samskrti Vidyapeetha, Chamarajpet, Bengaluru, for nearly 30 years. She trained hundreds of students for the Prathama – Kaavya – Sahitya – Vidvat exams conducted by the Directorate of Sanskrit education, Karnataka, and prepared them for serious pursuit of shaastras.  One of her greatest contributions lies in inspiring and empowering numerous grihinis to pursue Samskrita seriously, thereby sowing the seeds of Samskrta-Samskrti-Samskaara in their entire families.

Never rejecting any student seeking to study Sanskrit, Vid. Vijayalakshmi is constantly engaged in teaching activities even after her retirement. In addition to the texts of Vyakarana and Alankaara shaastra, she has undertaken in-depth study of Stotra literature along with commentaries. She specialises in the stotras of Sri Shankara Bhagavatpada like Soundarya Lahari, Shivananda Lahari, Prashnottara Ratnamaalikaa, etc, and gives regular discourses on these texts. She is also carrying the message of Vedanta to all, especially women with minimal Samskrita / Shaastra background, by teaching them the meanings of stotras and texts like Bhagavadgita and Srimad Bhagavatam in simple Kannada.

Vid. Vijayalakshmi is also dedicated to the activities of Sri Yoganandeshwara Saraswathi Math, Yedatore. Guided by the venerable seer Sri Sri Shankara Bharati mahaswamiji, she has played an active role in the Soundaryalahari Mahaabhiyaana organised by the matha, teaching the verses and meaning of Soundaryalahari of Sri Shankara Bhagavatpaada to more than 1 lakh people. She is also involved in the publication activities of the matha, and has authored the book “Maharshi Yajnavalkyaru” in Kannada.

Vyoma Samskrta Pathashala gratefully acknowledges and offers pranamas to Vid. Vijayalakshmi as one of the core inspirations for the pathashala, being the Guru of Sri. Venkatasubramanian P (COO, Vyoma Labs) and Sou. Sowmya Krishnapur (Chief Linguistic Scholar, Vyoma Labs). The journey of this pathashala started and is continuing with her blessings.