Bhaja Govindam is a stotra uttered extempore by Adi Shankaracharya. This work of 33 verses is composed for very very common people. Though the subject is Vedanta idea in this, still that is easily understandable by everyone in general without much difficulty. One can reach the meaning by one listening as well.

There is an anecdote behind how this stotra came into being. In Kashi, Acharya Shankara saw a man reciting the Vyakarana (dhatupatha) sutra, and got angry that at his age he should have been meditating upon Govinda. It came out forcefully and rhythmically out of the Great Acharya who intended to demolish the ignorance in the old man, hence called as Moha-Mudgara Stotra. But this singably arranged, simple-worded stotra came to be called as “Bhaja Govinda” Stotra. The verses are all independent and not at all connected with each other and are complete idea in each self.

In these video lectures, Smt. Vidhya Ramesh explains the verses in simple Sanskrit. Explanation includes the shloka, padaccheda, anvaya, meaning in Sanskrit and English, grammatical characteristics of the individual words, Kaaraka and non-kaaraka relationships, Sandhi, Samaasa, Chandas, etc. which will be useful for Sanskrit students. While the anvaya helps in understanding the verse in the sentence form and structure, the Akanksha will help the student to get grip upon all the idea elements in the shloka. The vyutpatti of the words is an added advantage. There is a detailed explanation about each word construction in the shloka along with ample examples. The words that constitute the shloka are compared and contrasted with occurrences at the other places i.e. from famous works for a better understanding of the prayoga. Everything is presented through beautiful slides with good aesthetic appeal accompanied by the melodious rendering of the mula shloka.

We thank Smt. Vidhya Ramesh for allowing us to host this course, and share these valuable resources with our students. We also thank Smt. Nivedita, who has uploaded the videos of this course, and also shared her extensive notes with us. These videos and notes are hosted on her blog, Vidyaadaanam, and we thank her too, for letting us mirror them on our portal. 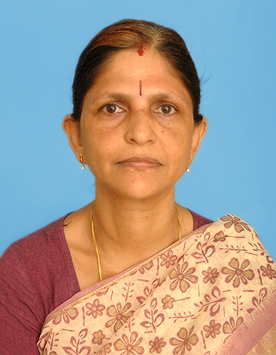